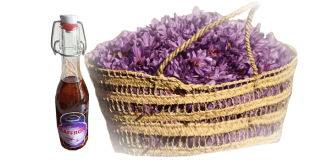 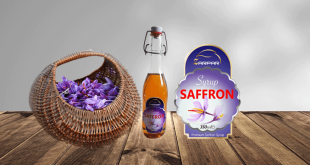 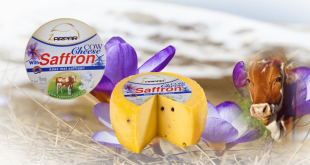 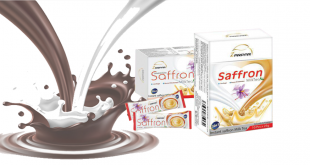 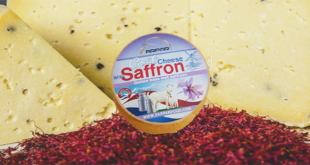 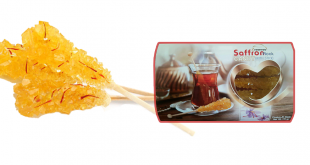 High doses of saffron can act as uterine stimulant and in severe cases can cause miscarriage. Therefore, pregnant women may be advised to avoid this spice in the diet.

Saffron is one of the highly prized spices known since antiquity for its color, flavor and medicinal properties. It is the dried “stigma” or threads of the flower of the Crocus sativus plant. It is a bulbous perennial plant that belongs to the family of Iridaceae, in the genus, Crocus, and known botanically as Crocus sativus.

This exotic spice is a native of Southern Europe and today cultivated worldwide in many countries, particularly in Spain, Italy, France, Greece, Turkey, Iran, and in the Indian state of Jammu and Kashmir.

The Crocus sativus plant grows to about 15-20cm in height and bears lavender colored flowers during each season which lasts from October until November. Each flower features perianth consisting of a stalk, known as “style,” connecting to three “stigmas” or threads to the rest of the plant. These orange-yellow colored stigmas along with the “style” constitutes “saffron” which is used as condiment spice.

Good saffron crop production demands cool dry climate with well-drained rich fertile soil and irrigation facilities or sufficient amount of rain fall. The flowers are generally harvested during the early-morning hours and soon their stigma separated, allowed to dry, and packed for marketing.

Saffron has a distinct flavor that comes from chemical compounds in it such as picrocrocin, and safranal. It also contains a natural carotenoid chemical compound, crocin, which gives saffron its golden-yellow hue. These traits along with its medicinal properties make it a valuable ingredient in many cuisines worldwide.

Powered by | Designed by zarpar
© Copyright 2021, All Rights Reserved